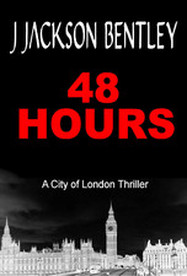 Josh Hammond is a high flying London professional who works for one of The city's top loss adjusters Dyson Brecht, he is your typical high flying young man he has a few close friends but no one who he really trusts to fully confide in, josh is sitting in a coffee shop when his blackberry beeps nothing usual for someone who's career is spent on his phone doing deals, arranging meetings but this his isn't a work related message!

Mr Hammond "if you don't pay me £250,000 in the next 48hrs, I will kill you after noon Friday! Check your emails for instructions" josh didn't take the message seriously thinking it was one of his friends or colleagues pranking him until a different beep in his blackberry turned his world completely upside down in an instant, an email from a Bob confirming the information in the text along with pictures of Josh taken that day from pretty close up considering most mobile phone cameras are capable of taking some decent pictures at a suitable range these days, suddenly the realisation that this is in fact not a joke hits Josh like sledgehammer to the face, confused and scared Josh turns to his boss at Dyson Brecht and one of his few friends in the city Toby Baker.

Toby and Josh begin by devising a plan to raise the £250,000 in case as a last resort the ransom needs to be paid, neither men want to see Josh murdered just yet, Toby then arranges for Josh to have a personal bodyguard an attractive young lady Dee until this whole mess blows over.

It soon becomes clear as to the motives and the identity of the blackmailer as more of London's top people have apparently been caught up in a similar fashion and what ensues is a brilliantly crafted thriller that is a thinking man's thriller, as opposed to an all guns blazing type of thriller.

J Jackson does a brilliant job with this novel as his knowledge of London is second rate allowing the reader to fully immerse themselves in the this story of blackmail, murder & theft with a whole host of characters from London high flyers, lords, Dutch gangster & the odd former rock
star come humanitarian, the only downsides I have for this book is it took me a little longer to get into it than some of the other books I have read but once I did I enjoyed every turn if the page. 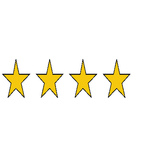