Welcome to the punch 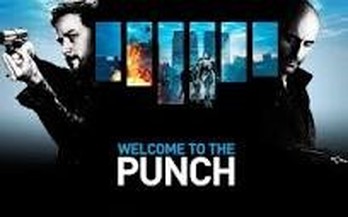 A man is arrested on the Tarmac at London Gatwick airport suffering from a gunshot wound the police that he's using a false name but they discover that he was shot by the same gun that killed a youth the previous night, the man's real name is Juan Sternwood who is the son of Jacob (Strong) a highly skilled and dangerous bank robber who 3 years earlier shot a police officer Max Lewinsky (McAvoy) chasing him after a robbery, Jacob has come out of hiding so he can get his son out of hospital but the police are watching.


Juan passes away before Jacob can get him out but Jacob has put the message out in the streets that Juan is in a hotel room in London hoping to flush out whoever shot Juan but 2 police officers turn up and shoot up the hotel room but Jacob escapes just but all is not what it seems as everyone is double crossing each other. Lewinsky and Sternwood join forces to bring the real bad guys to justice but will Lewinsky bring Sternwood to justice when all this is
over?

Welcome to the punch is one of the best British crime films in ages McAvoy and Strong are superb in this all action thriller that leaves you completely exhausted as the action comes thick and fast. This is a deep thriller that is more than just your usual cop’s vs robber’s thriller.