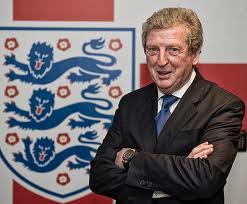 The new man at the helm
So England have appointed a new manager to replace Fabio Cappello, it was obvious from the outset that the new man was currently employed as the FA seemed to be dragging their heels in appointing the manager, Roy Hodgson has signed a 4 year deal and starts his new role on May 12th after the  season ends for his current employers will have to win over many doubters who after his unsuccessful stint as Liverpool boss feel Roy isn't the right man for the Job, that's bollocks
really there is no doubting his pedigree really.


This appointment will be Roy's forth international jobs after spells with Switzerland, UAE, Finland and now the 3 lions.  Hodgson has managed sixteen different teams in eight countries, he guided the Switzerland national team to the last 16 of the 1994 World Cup and qualification for Euro 1996, Switzerland had not qualified for a major tournament since the 1960s. From 2006 to 2007, he managed the Finland national team, guiding them to their highest ever FIFA ranking of 33rd place, and coming close to qualifying for a major tournament for the first time in their history.
He has been the beaten finalist in the UEFA Cup and the Europa League. Hodgson has also coached many notable club sides, including Internazionale, Blackburn Rovers, Grasshoppers, FC Copenhagen, Udinese, Fulham and Liverpool. Hodgson speaks five languages and has worked as a television pundit in several of the countries in which he has coached so really is so far it would appear that the FA have a good manager would you not agree?.

There is the small matter of trophies and believe to date there has been a few,

He has also been runner up in the UEFA Cup & UEFA Europa League.

These honours alone leave him head and shoulders above Harry Redknapp who seemed to be the presses No1 choice, dispite not winning many major honours will he be successful - well time will tell but I honestly think the FA have appointed the right man for the long run and although the Euro's are this summer by the next world cup in Brazil the England squad will look capable of winning a major tournament.
Powered by