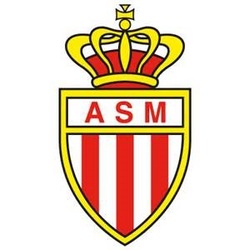 As we are increasingly seeing more in the modern game Football latest big spenders comes again from France well I say France I mean the small principality of Monaco the home of some of the worlds most richest people on earth and also the playground of the rich and famous now see’s AS Monaco or simply Monaco) as a new football super power both financially and in player superstar terms.

Although they are based in Monaco, the club is regarded as a French club, as the club plays in the French football league system, and because the principality of Monaco is not a member of UEFA Monaco is one of the most successful clubs in France, having won seven league titles and five Coupe de France trophies. The club has also regularly competed in European football having been runners-up in both the UEFA Cup Winners' Cup and UEFA Champions League in 1992 and 2004, respectively. The club was founded in 1924 and will play in Ligue 1, the top tier of French football, in the 2013-14 season and after falling out the top league in France in the 2010–11 after finishing the season in 18th position, thus becoming relegated to Ligue 2 but after an extremely successful 2012 -13 season under former Chelsea manger Claudio Ranieri the team won Ligue 2 winning 21 games out of 38 and only losing 4 times in a tough division that also contained former top division sides Auxerre, Nantes & Le Havre.

The team plays its home matches at the Stade Louis II is an 18,523 all seater stadium in Fontvieille that is also the home stadium on the Monaco National Football team and a stadium that has regularly held the European Super Cup Final from 1998 – 2012. The stadium also features nine arches outside and an underground car park and it’s also the Home of the International University of  Monaco.

Monaco's traditional colours are red and white, and the club is known as Les Rouge et Blanc (English: The Red and White). Monaco is also a member of the European Club Association. In December 2011, two-thirds of the club was sold to an investment group led by Russian billionaire Dmitry Rybolovlev and with Rybolovlev's financial backing, the club has brought in several top-rated players, including Radamel Falcao who has cost a reported £51 million (or 70 million euros) , João Moutinho &  James Rodríguez for a combined £60 million and Ricardo Carvalho (free) for the 2013–14 season and with them being linked on a daily basis for players the spending look unlikely to end there as they try and break back into Ligue 1’s elite teams comprising on another
financial superpower in PSG then there is Lyon & Marseille meaning that they will really have to be at the very top of there games in 2013-14 to get amongst these clubs. Monaco already has quite an illustrious history and having enjoyed success in the 70s and late 80s under the stewardship of Arsène Wenger, during which the club was amongst the leading teams of European football maybe the shift of power is swinging again in another direction.

Although Monaco have never won one of European Footballs major competitions they been runners up in both the Champions league 2004 & the now scrapped UEFA Cup winners cup 1992 this might all change in a few years if Rybolovlev continues to provide AS Monaco with a bottomless pit of cash, although it is worth noting that if any of these Billionaires ever decided to pull out there cash out of there latest toys then European football will in my opinion face its biggest disaster ever as most of these clubs will go into melt down as they wont be able to sustain the running cost anymore.

Monaco are no strangers to having top players at the club before there relegation in 2010 – 11 season there fans have seen some of Europe’s top players gracing the Stade Louis II pitch such as Bartez, Abidal, Evra, Henry, Trezeguet, & Yaya Toure to name but a few, and for the older readers player like Weah, Hateley, Hoddle, Bierhoff & Klinsmann but one thing is for sure European football is no longer a millionaires club, it’s solely a BILLIONAIRES club.
Honours (to date)
Domestic
Ligue 1 Champions - 1961, 1963, 1978, 1982, 1988, 1997, 2000